The brain’s ability to adapt to new situations and experiences is known as neuroplasticity.

New neural connections and remapping of an existing one are two ways in which the brain may alter – as the brain’s own words describe, the brain is flexible and moldable.

The idea of neuroplasticity is one of the most widely discussed, and it is redefining our preconceived notions about the brain. The real question is, how does our brain’s neuroplasticity truly work?

The word “neuroplasticity” was used to describe human behavior for the first time in 1890.

For a long time, neuroplasticity was assumed to exist solely in children’s developing brains, and that it was permanently lost in adults’ mature brains.

The neuroplasticity training program, or the capacity of the brain to alter and adapt even beyond childhood, has just recently begun to be shown in studies in the previous decade.

After a while, the electrical route becomes second nature and less difficult to traverse.

Driving to work every day on the same road might make it seem as though you’ve just arrived there.

Think differently, learn something new or modify a habit, and start carving out a new road; you replace the old pathway with the new one.

It’s possible to teach your brain to utilize this new route instead of the old one by exposing it to fresh experiences and training it to do so.

The natural process of paving the freshly constructed route begins to take place over time. The old routine is gradually replaced and weakened by the new one.

You may rewire your brain to make new connections as a result of neuroplasticity training.

A bad habit like smoking, eating fast food, thinking negatively, or procrastinating may be changed by practicing carving a new route in your brain, which all of us have the power to learn and grow.

According to neurogenesis research, the brain may regenerate brain cells that have been lost or injured as a result of many factors such as aging, trauma, and so on. Because of the wide range of possibilities for rewiring the brain, this hypothesis has excited the scientific community. Dementia and other brain ailments formerly considered to be incurable may now be treatable and preventable.

Furthermore, the brain is capable of self-healing.

Neuroplasticity reorganizes and recreates as neurogenesis regenerates. The good news is that we have control over how our brains rewire themselves.

How Neuroplasticity Has Emerged Over Time

Stress on the brain has been shown to alter the brain’s processes and functions, as well as its physical structure, decades later.

Neuroplasticity is of Two Types

The brain’s processes and other activities may be relocated to other parts of the brain that have not been injured.

The brain’s ability to modify and remodel its physical structure in response to learning experiences is known as structural plasticity. Trauma or learning new knowledge might be examples of this.

The brain’s capacity to evolve and morph proves that it is flexible and resilient. This, however, makes this organ vulnerable to both external and internal forces that may be unwittingly exerted on it. Good or unhealthy habits may be formed via neuroplasticity training.

It’s possible that neuroplasticity might be the key to your recovery from a minor traumatic brain injury, such as a concussion if symptoms persist. Neither you nor anybody else is insane. After one week of treatment at our center for neuroplasticity-driven therapy, our patients report a 60% reduction in their symptoms. 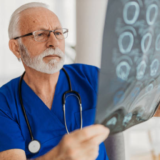 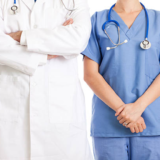 INSPO ON CURLS: BEST HAIRCUTS FOR CURLY HAIR
Argue all you want, but curlyHair Makeup
How to Use File: ///sdcard/ to View Files on Android
SD Card also named a memoryHow To
Healthy Scalp, Healthy Hair as You Age
Just like how much you needBeauty