If we turn back the clock about a decade or so, when it comes to procedures that revolved around hair growth or transplantation, one could say that they were quite unsuccessful in what they promised to deliver. However, today, there are still two common mistakes about hair transplantation procedures, and that is that they are still ineffective when it comes to giving you hair on your head, and your face.

When it comes to the development of modern hair transplantation procedures, the biggest change was done at the root of the problem, no pun intended. In the past, the technique used to transplant hair was one known as FUT, which stands for follicular unit transplantation. The procedure was done by taking the whole piece of skin and transplanting it to the target area.

This would often lead to bad results where even if a person would indeed gain hair at the desired area, the hair grown would often look different from the hair surrounding it. FUE, follicular unit extraction, is the improved version of the procedure that is used in well-known establishments such as the Malay Mehta Aesthetic Clinic, and this procedure is known to have much better results.

For starters, instead of taking the whole skin and transferring it to the new area, only certain follicles are transferred. This prevents the “hair plug” look, and it does not leave any scarring as the previous procedure would.

Getting a beard is also an option

Something that a lot of men have been through at some point in their life is when they have that friend who always brags how great his beard is while not being able to grow their own. Eventually, some of those men actually succeed in having that beard, but most have already been familiar with the fact they will never be able to grow a full great beard. But that can easily change.

While the FUE hair transplantation is showing great results when it comes to restoring or giving one a fantastic new hairline, it is also the perfect method of giving someone the beard they have been striving for their whole life. The beard transplant in Mumbai at Malay Mehta Aesthetic Clinic has been done like this for quite some time, and it showed great success.

The best part of the procedure is that it does not take long for the results to show, only about two or three months. However, depending on the area you wish to gain new hair at, you will have to attend a couple of different sessions that last about three to four hours.

Having the hairline you are proud of, whether it is the one on the top of your head or on your face is a very important part of self-expression. Not having that can have quite a big impact on one’s self-confidence, which is why hair transplantation is more than just an aesthetic change.

<strong>How to Live on Your Own as a Senior</strong> 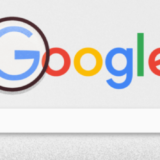 <strong>How to Live on Your Own as a Senior</strong>

6 Strategies for Managing Employee Stress in the Workplace”
Introduction Stress is a common problemHow To
INSPO ON CURLS: BEST HAIRCUTS FOR CURLY HAIR
Argue all you want, but curlyHair Makeup
How to Use File: ///sdcard/ to View Files on Android
SD Card also named a memoryHow To